Our task was to capture and reflect the typical style of Japanese izakaya bars — places where you come after work for a glass of wine and a snack that is prepared in front of you in the open kitchen. 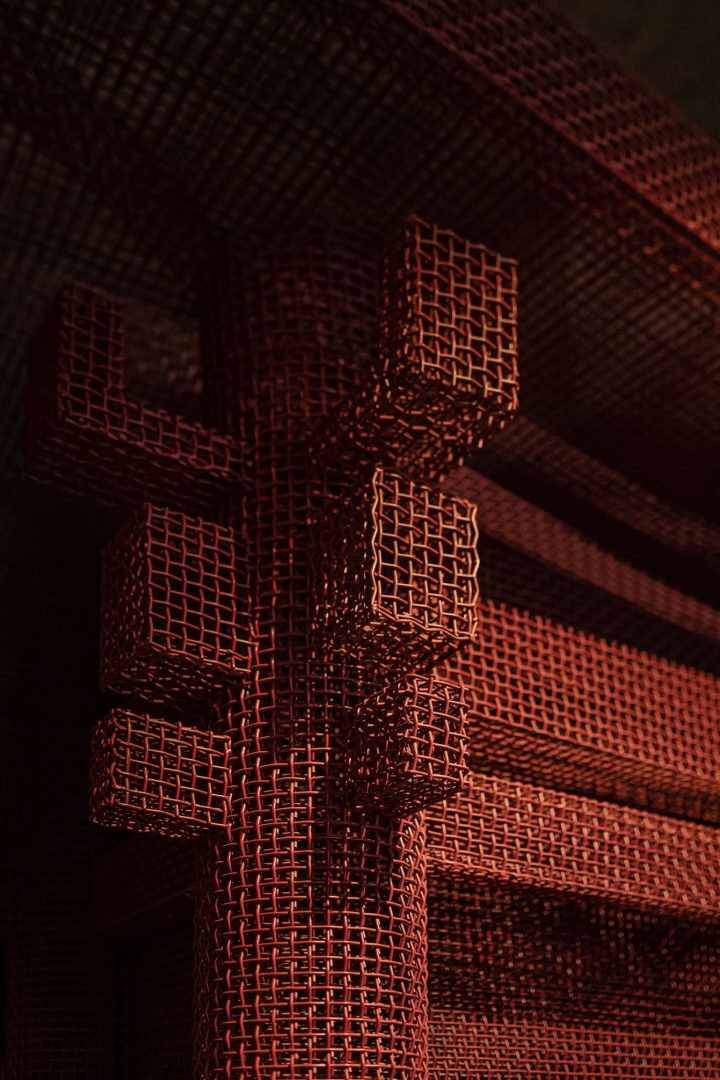 Our mission was to preserve the current architecture and archaic elements of the building with a rich history as much as possible and create the Japanese conceptual space with its inherent authenticity.

The Virgin Izakaya Bar restaurant occupies an area of 405 square meters and is located on the territory of the industrial zones of the Arsenal factory in the center of Kyiv, built at the end of the 18th century and housed military barracks on its territory. Since the building is very old and historical, our team did not change the planning of the premises but, on the contrary, created the interior based on its capabilities. 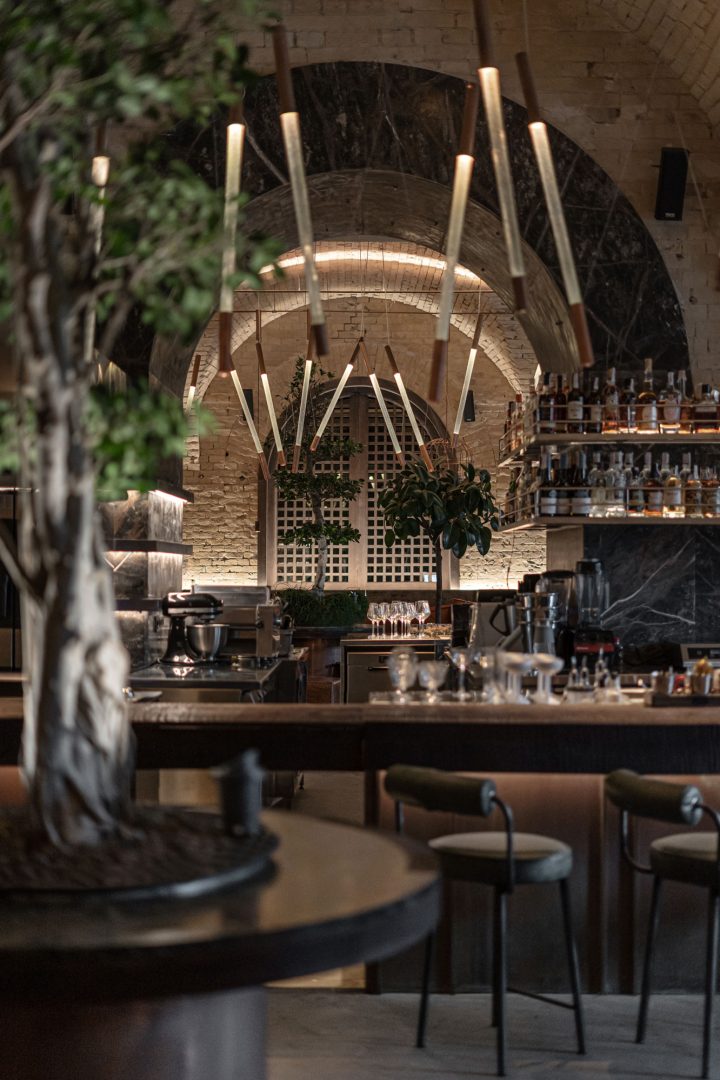 Literally “izakaya” is translated from Japanese as “a place in a liquor store” where you can come and drink a glass or two of wine. Over time, such izakaya places began to serve small portions of food prepared right in front of the guests in the open kitchen. This concept is still broad in Japan and has gained high popularity around the world. Today izakaya is part of the world’s gastronomic culture. Thus, we have created an atmospheric, conceptually complete space. Brick walls, rough wood, oxidized metal, bare concrete matched with the warm and pleasant atmosphere created by the right accent light and greenery is the concept itself. 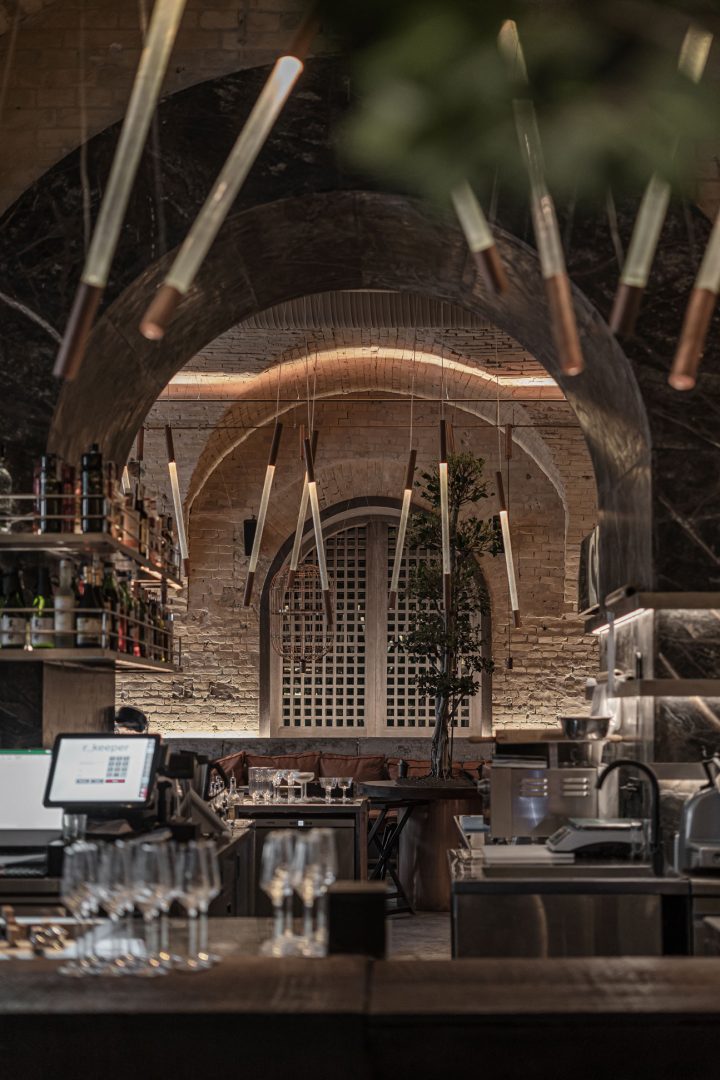 Virgin Izakaya Bar, like many other studio projects, has a large number of custom wares. In the project, the designers used natural materials as part of the design concept of the space. The team has made tabletops from natural wood, lamps of copper, seats, and chairs of wood and leather; metal and metal mesh perform both the function of space zoning and create decorative elements. 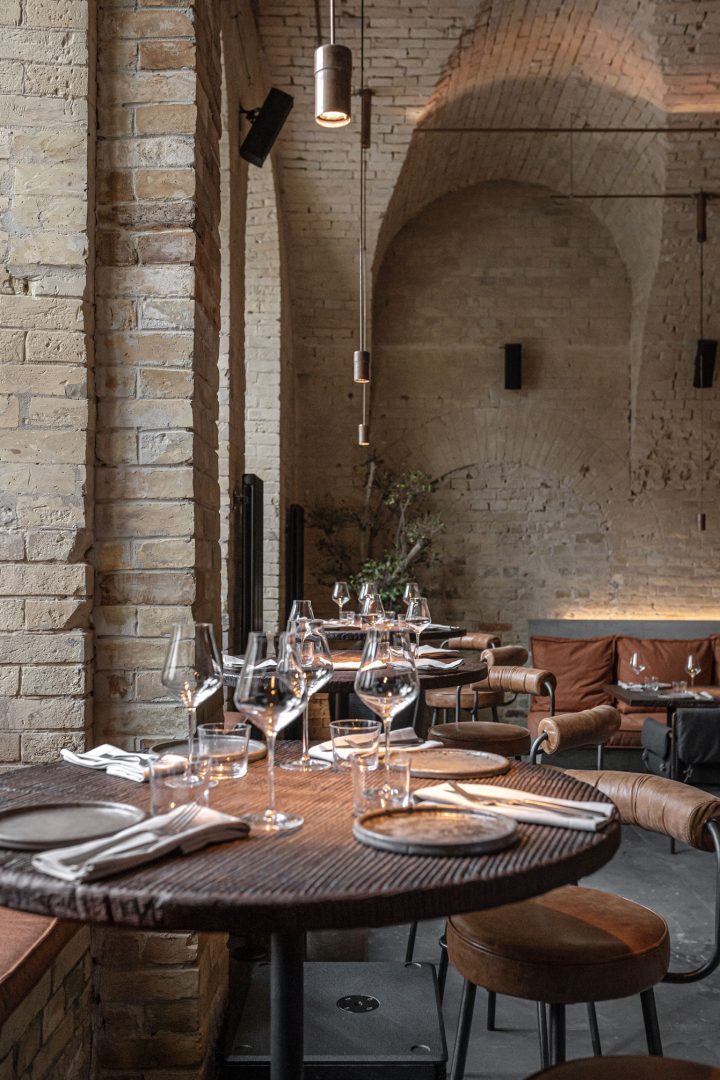 The open kitchen and the main hall of the restaurant are designed on the same level. It made it possible to visually increase the space and focus on the central zone of the hall — an open, visible kitchen. Everything that was previously carefully hidden is now on public display. The guest finds himself face to face with the chef and witnesses a real culinary master class. The open kitchen occupies an impressive part of the restaurant; a long bar counter has been built along with it, which seems to cover a significant part of the seats. Wooden tables were arranged compactly around the main hall, and in some places, low solid wood stools were placed — in the manner of low chairs in izakaya bars.

Another area that grabs attention is the restaurant’s restrooms, created as a free-standing internal structure. We wanted the elements of the Japanese style not to be flashy but to be noticeable for the guests. This decision for us was the concept of restrooms, expressed in a separate building in the Japanese style, with a height of about 3 meters. Our team implemented this interior building in the form of a red metal mesh, which made it possible to view part of the hall from the restrooms and vice versa. 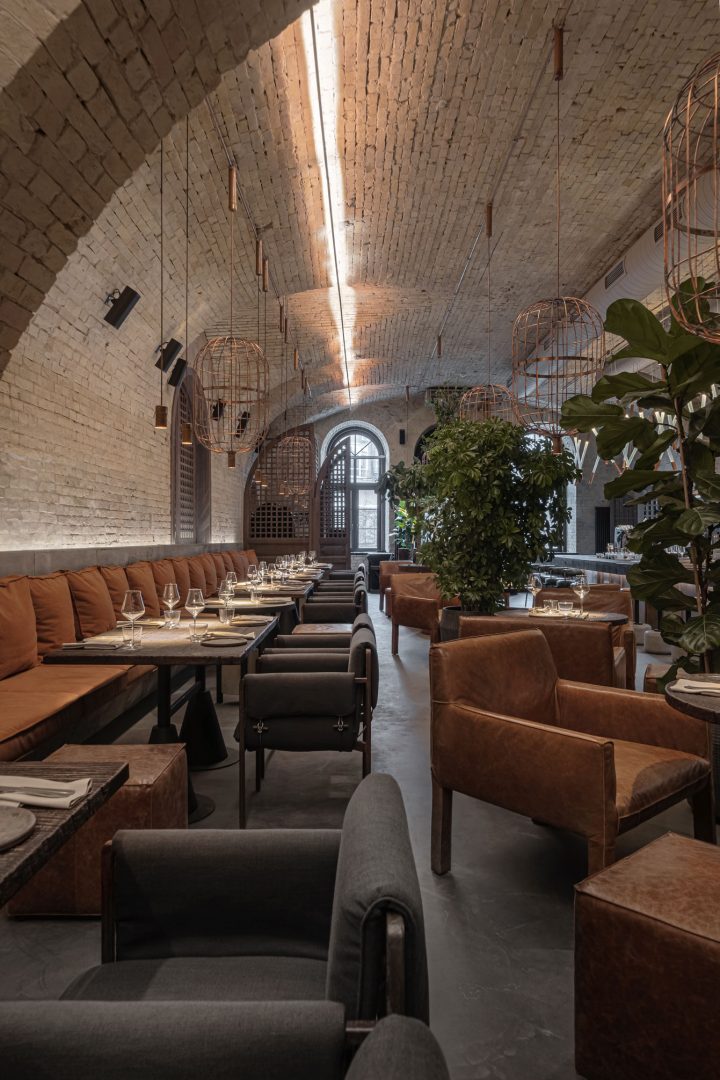 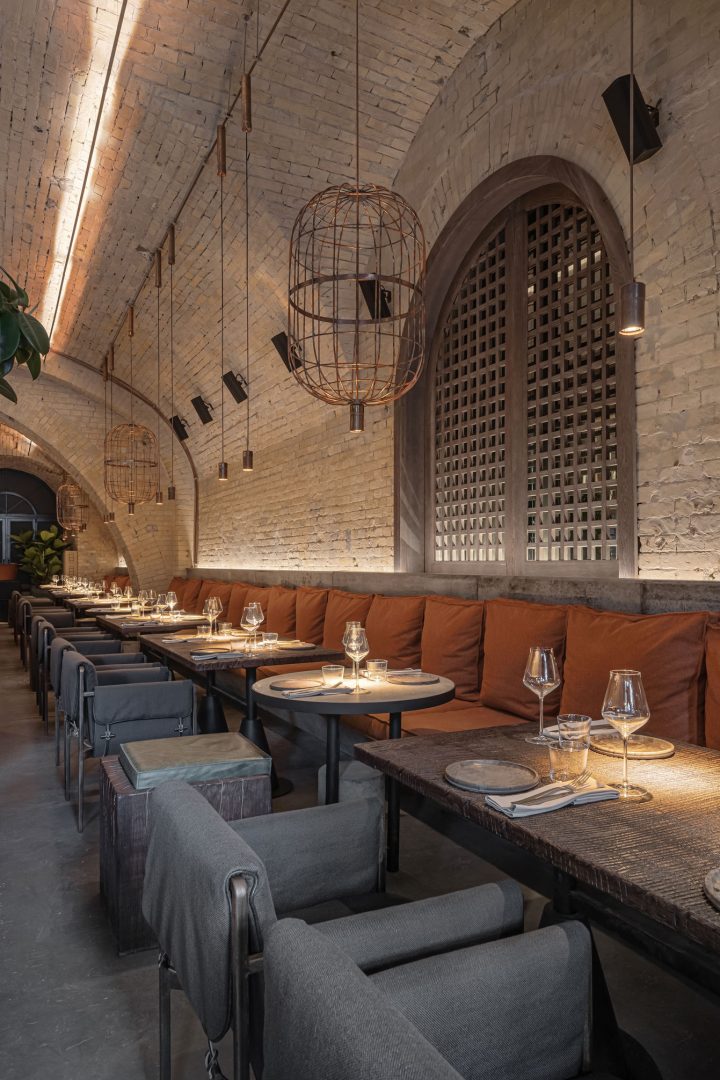 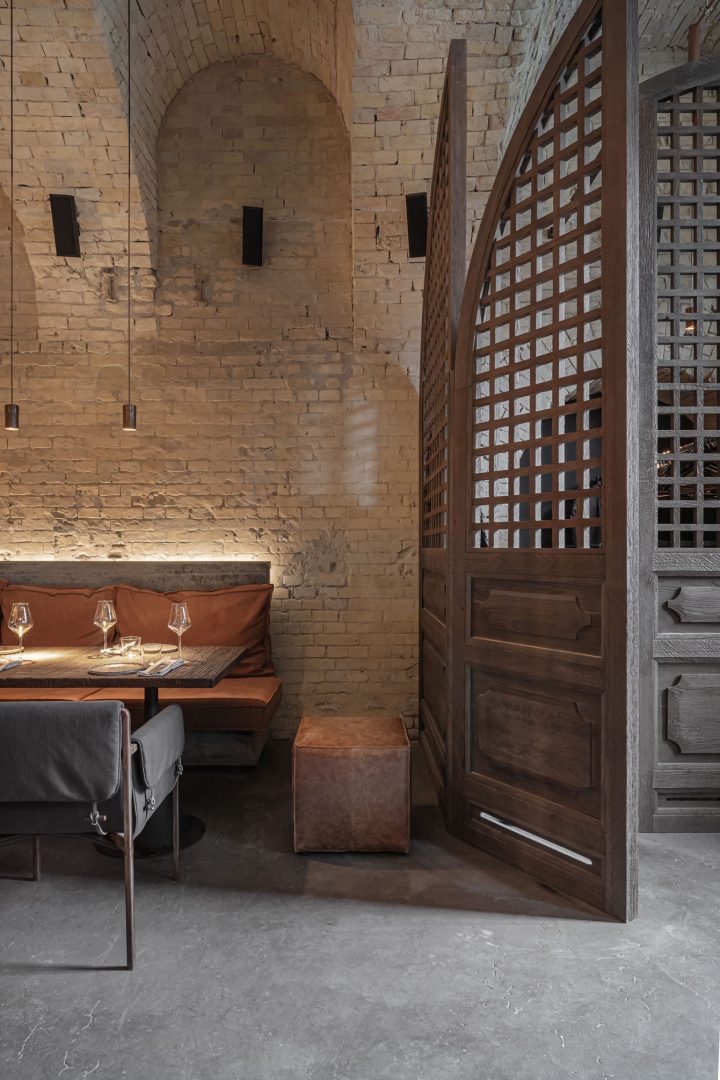 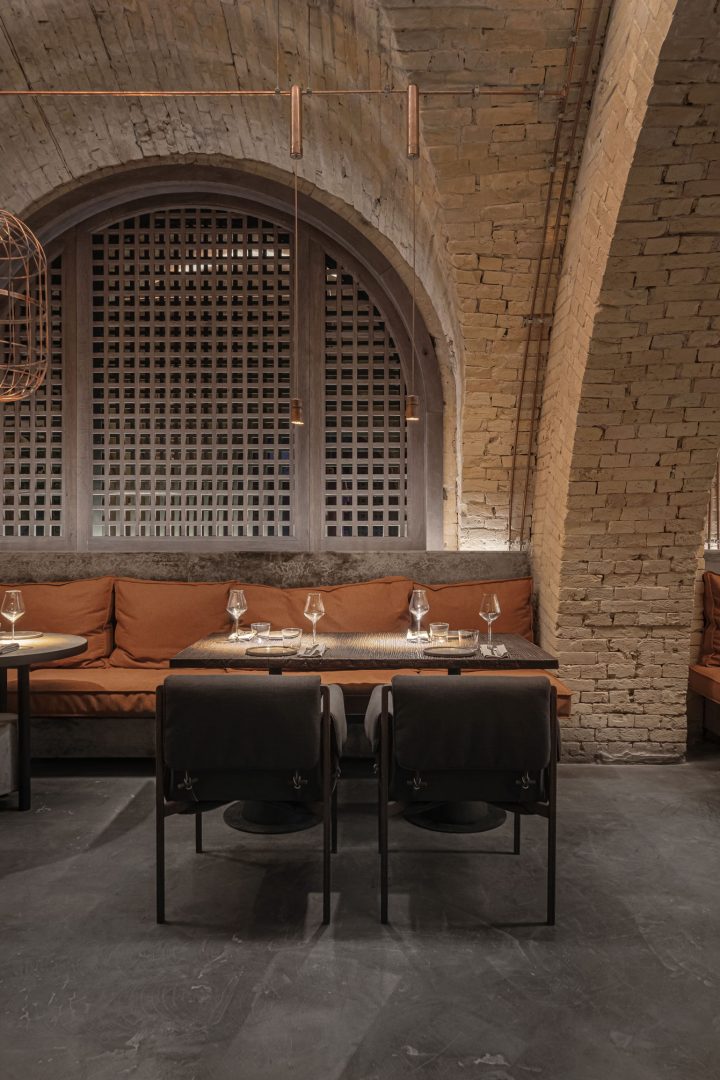 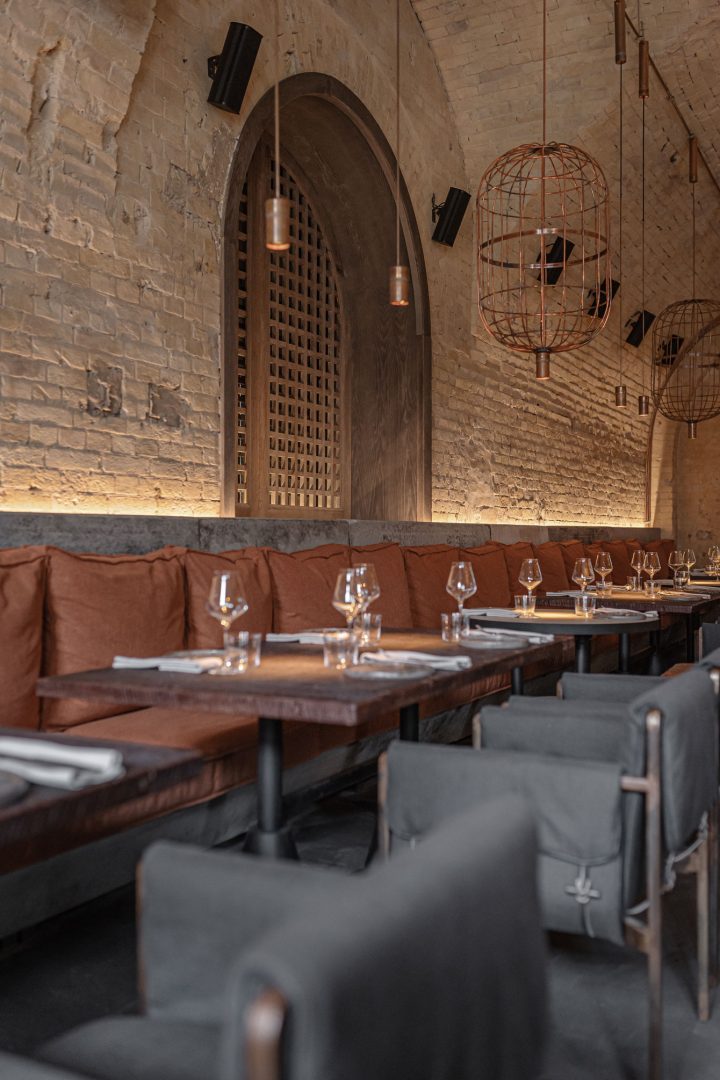 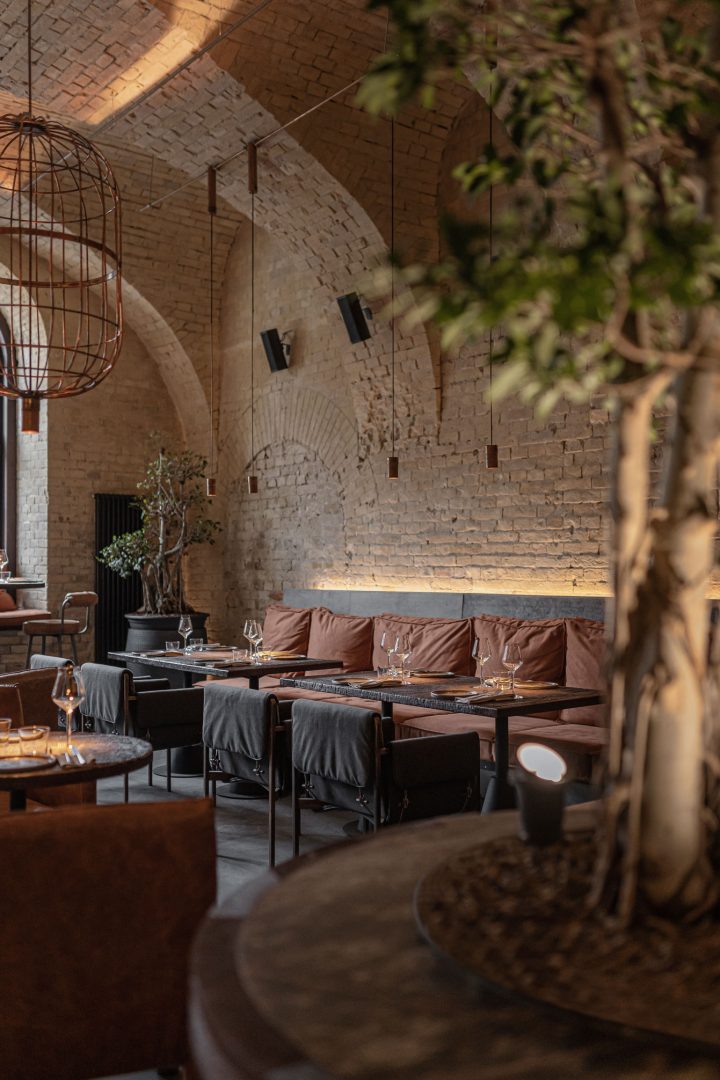 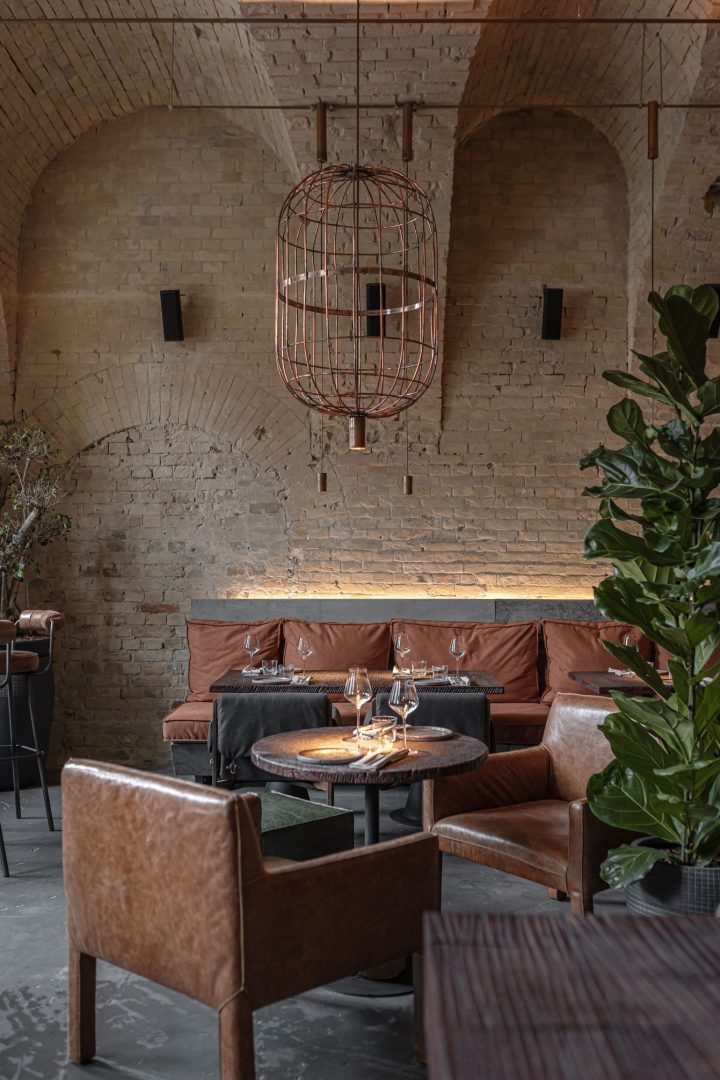 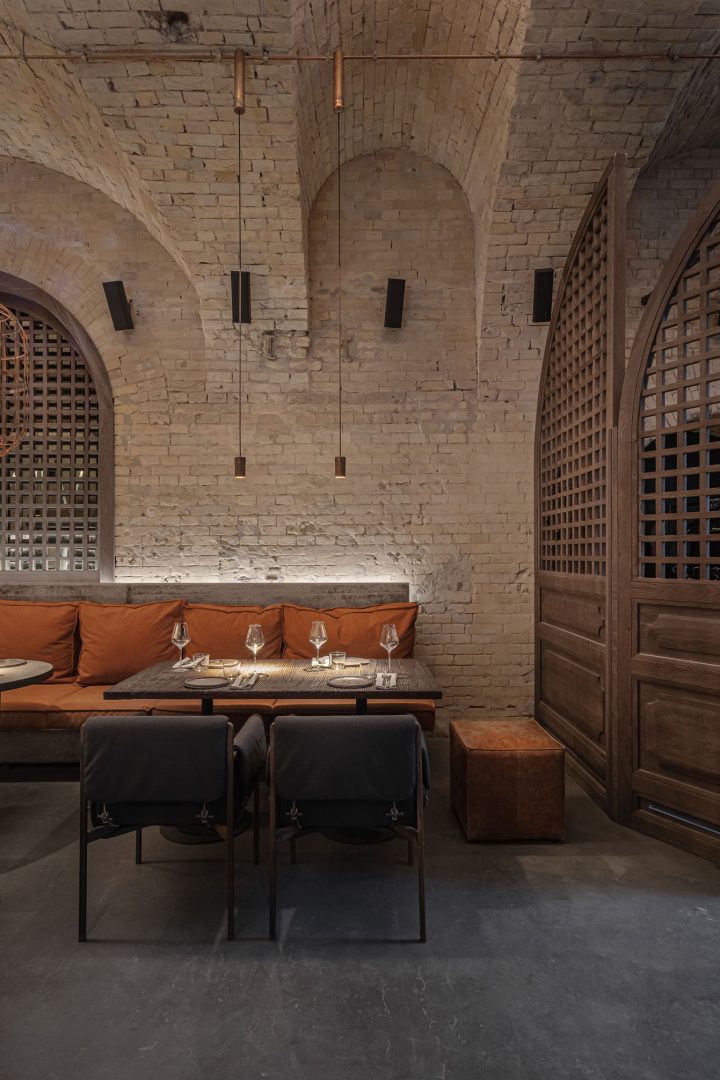 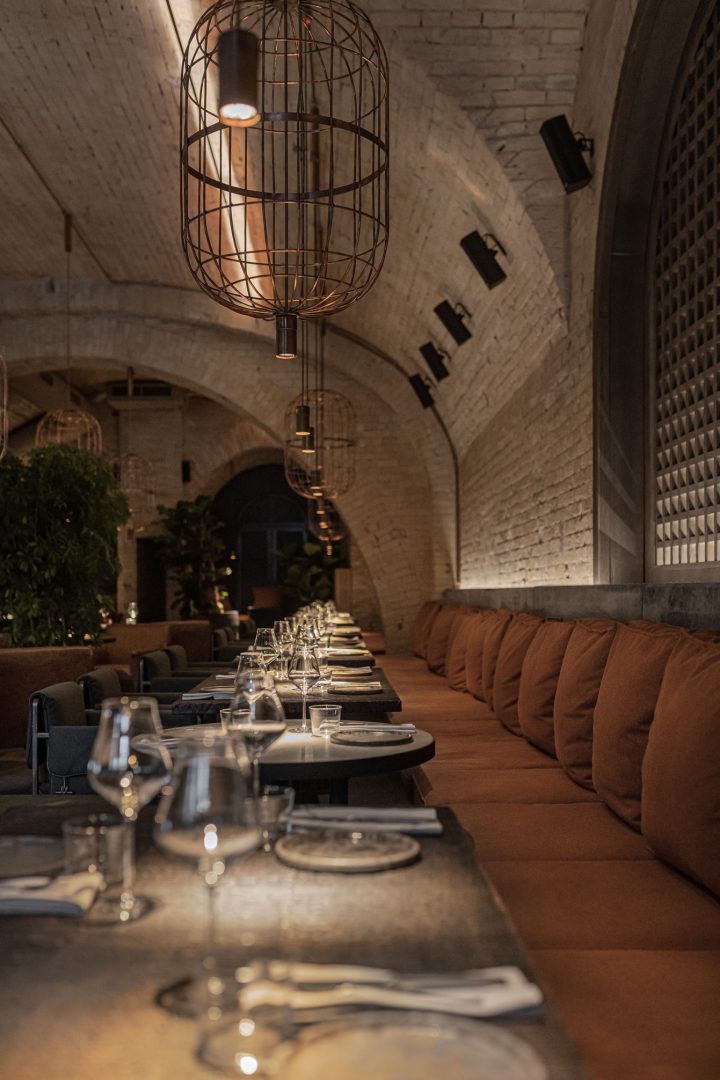 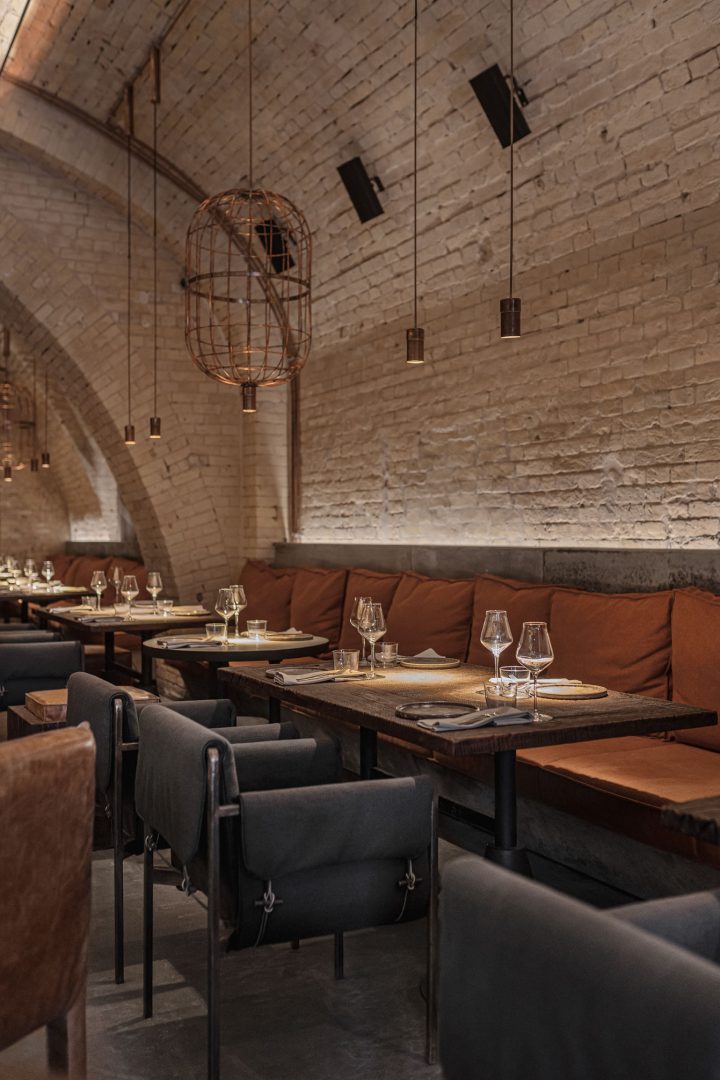 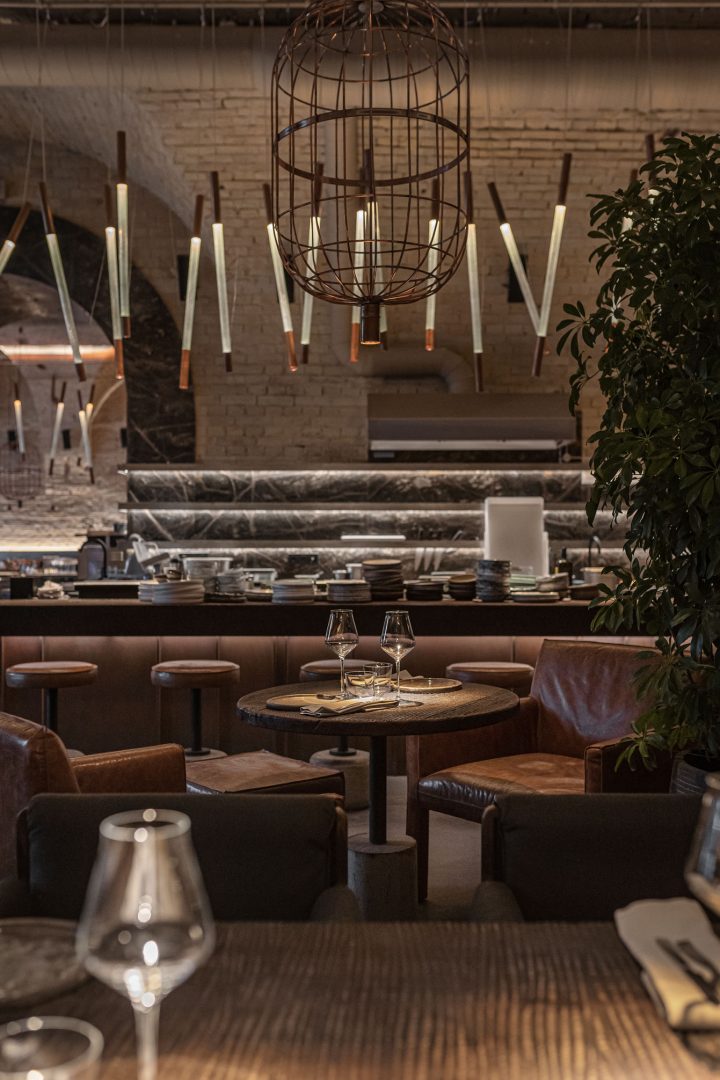 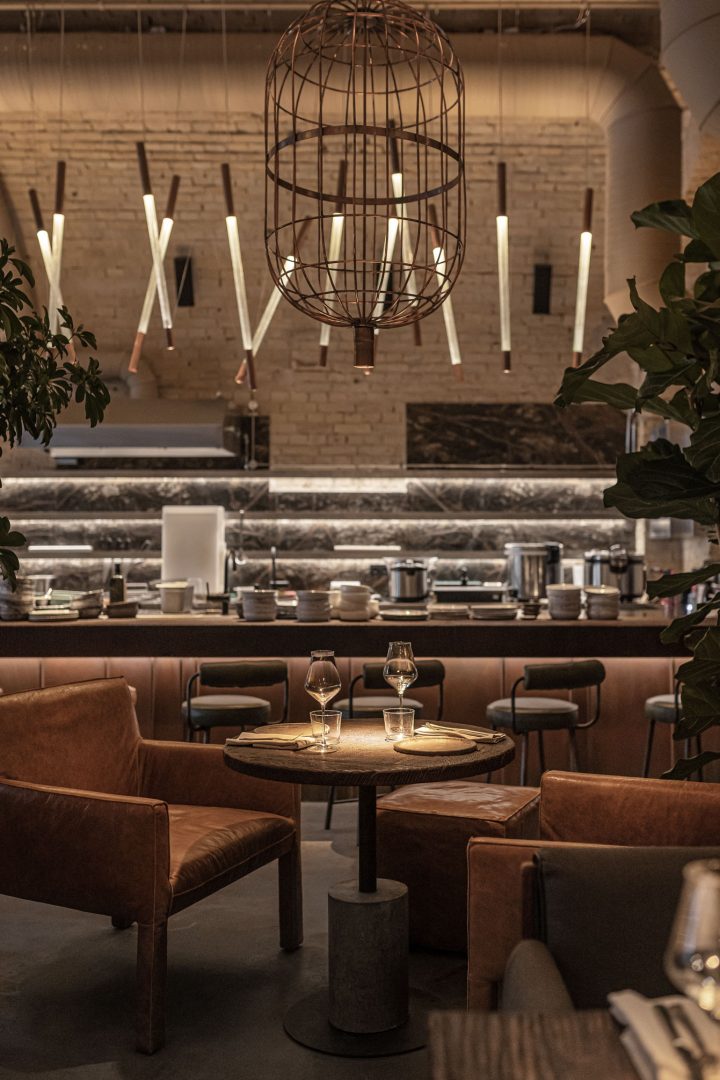 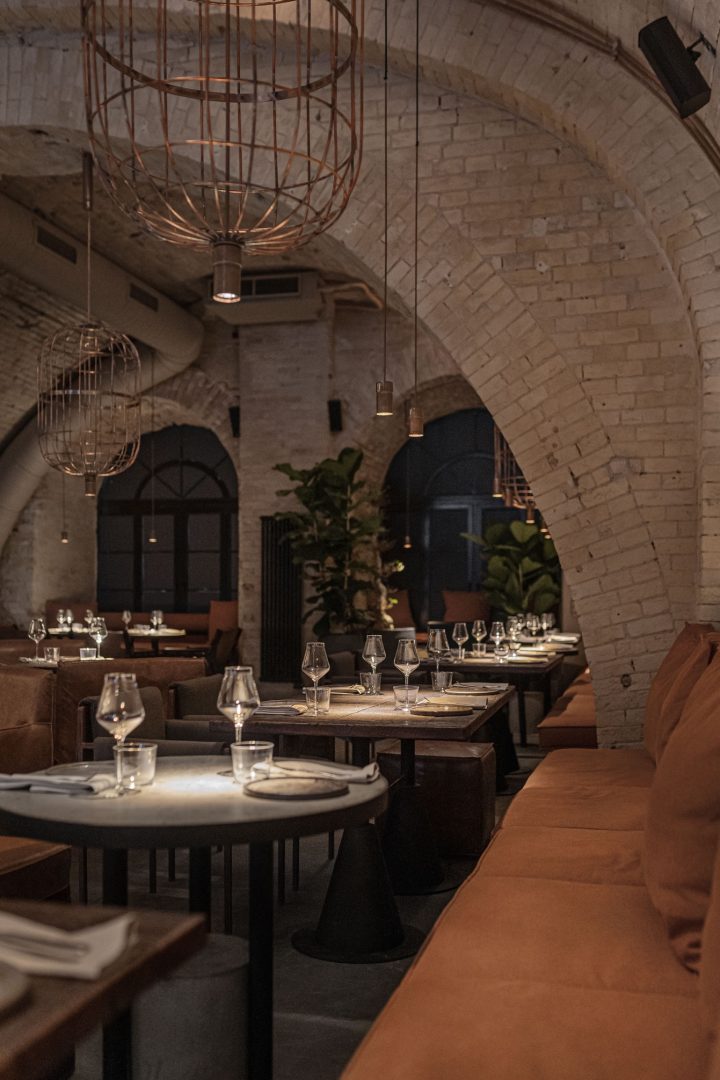 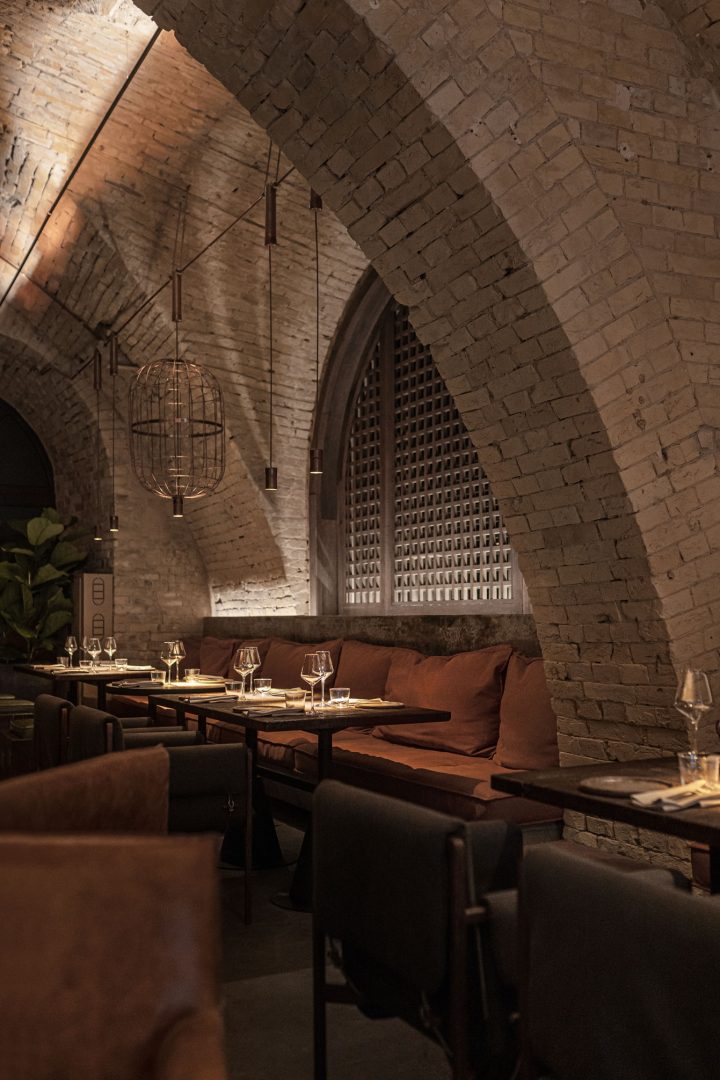 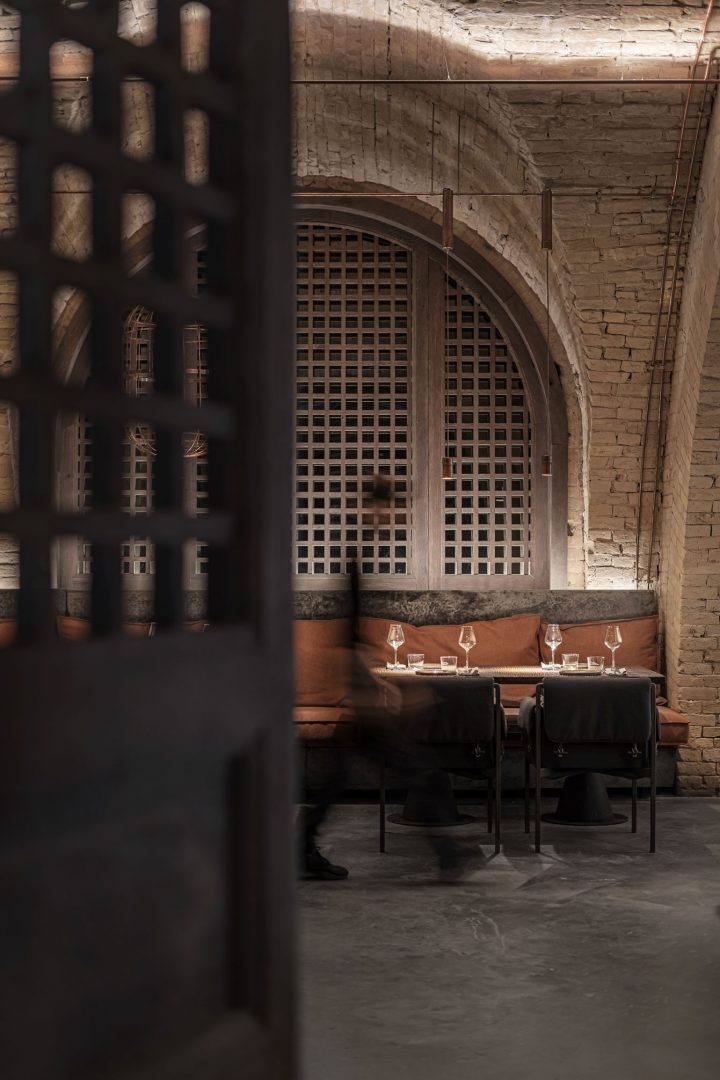 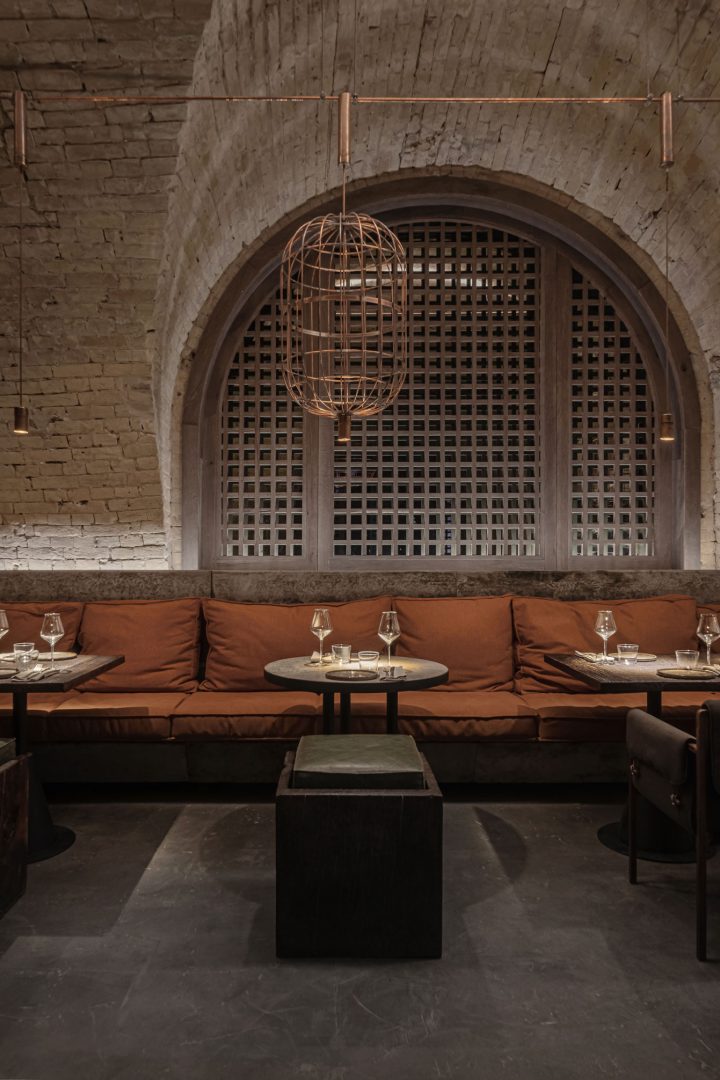 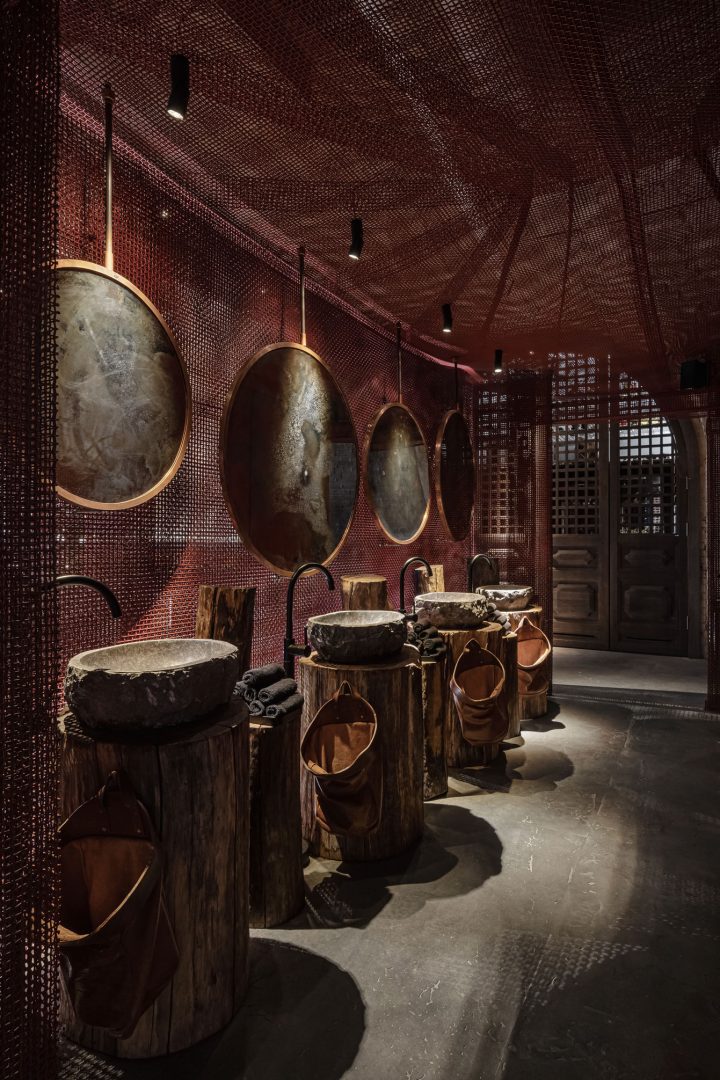 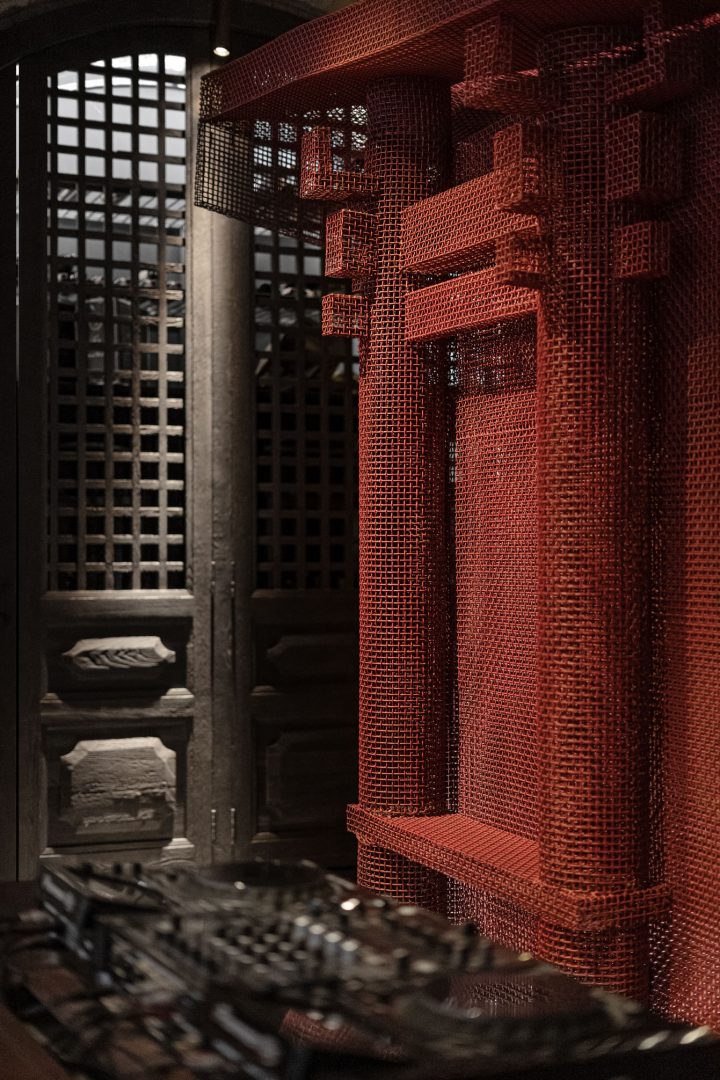 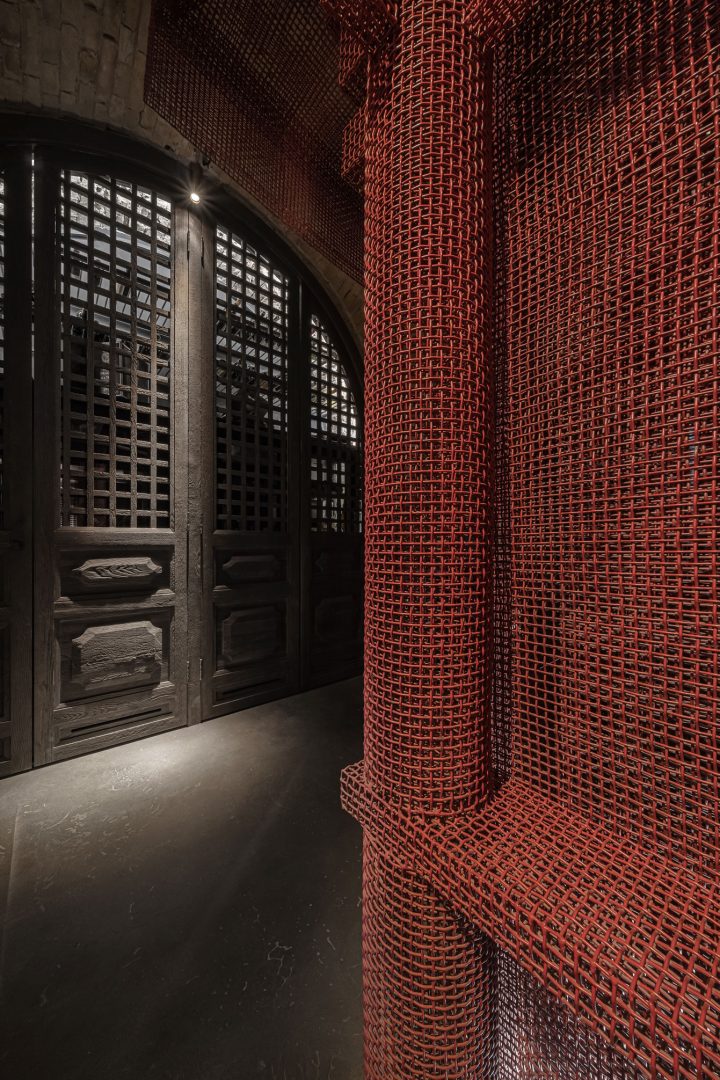 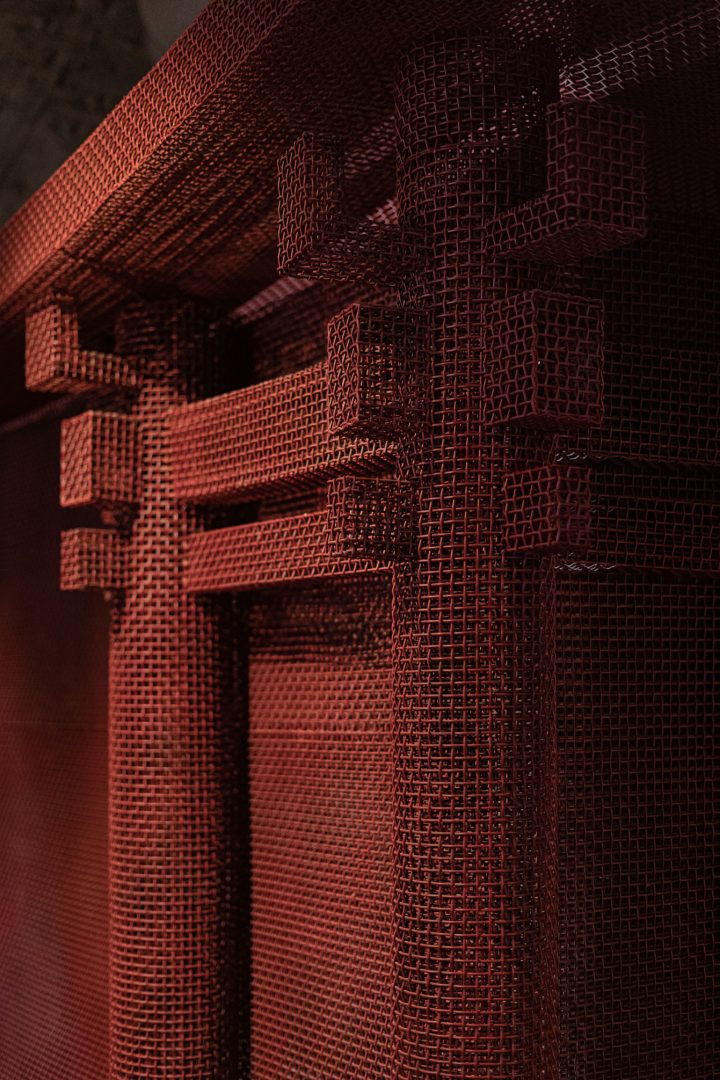 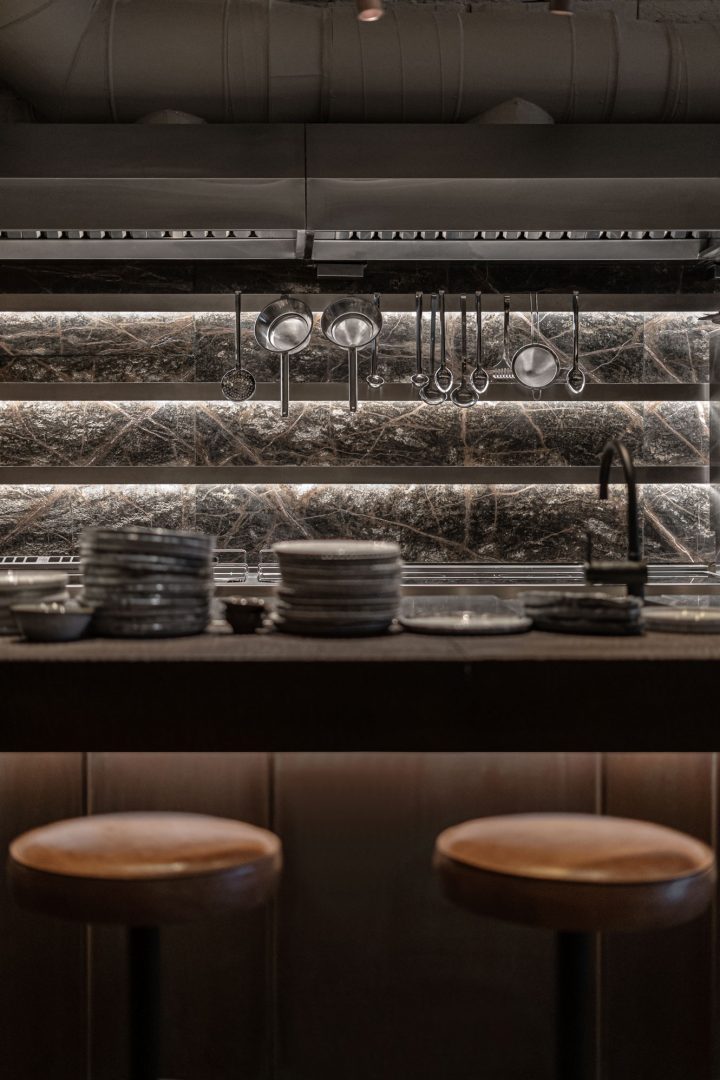 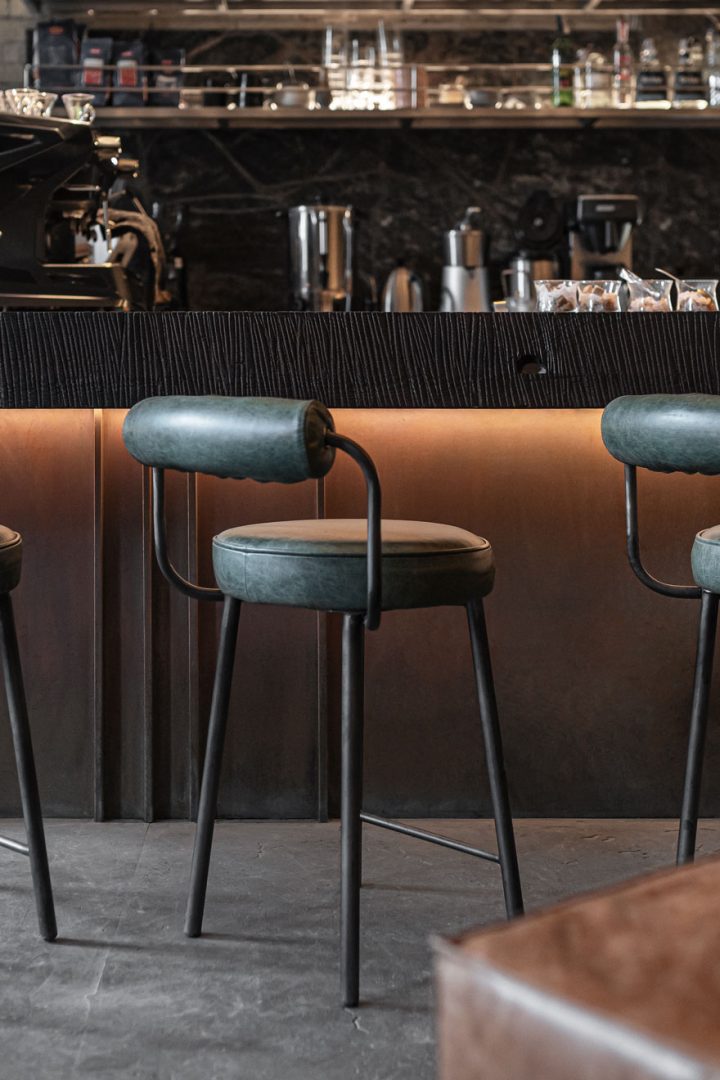 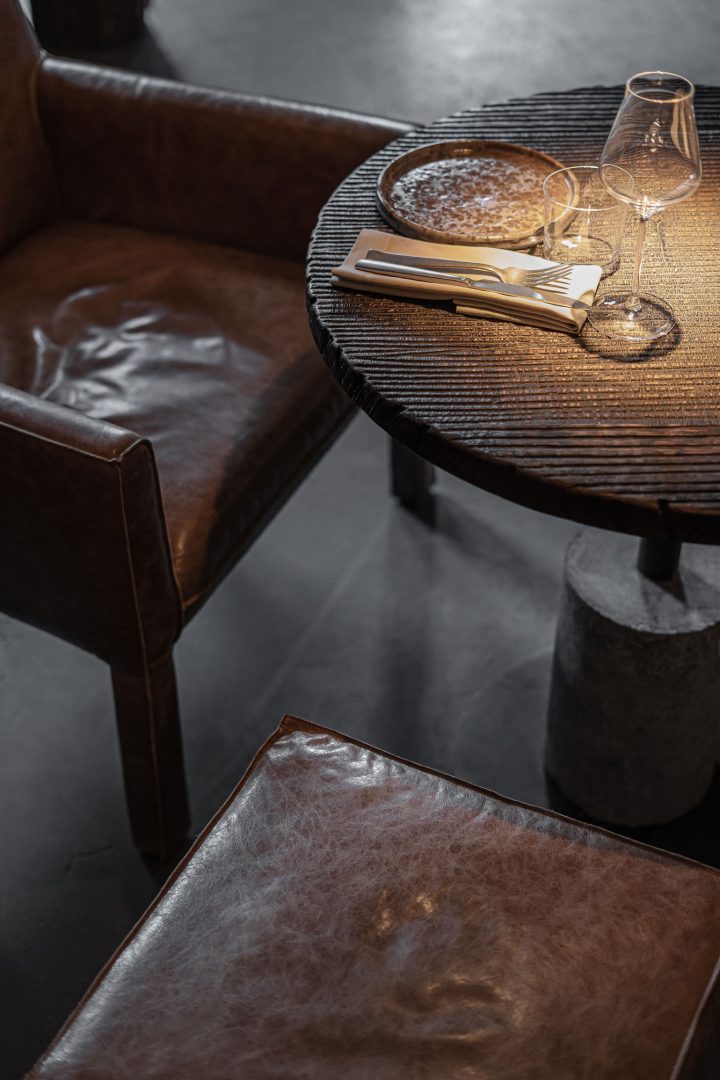 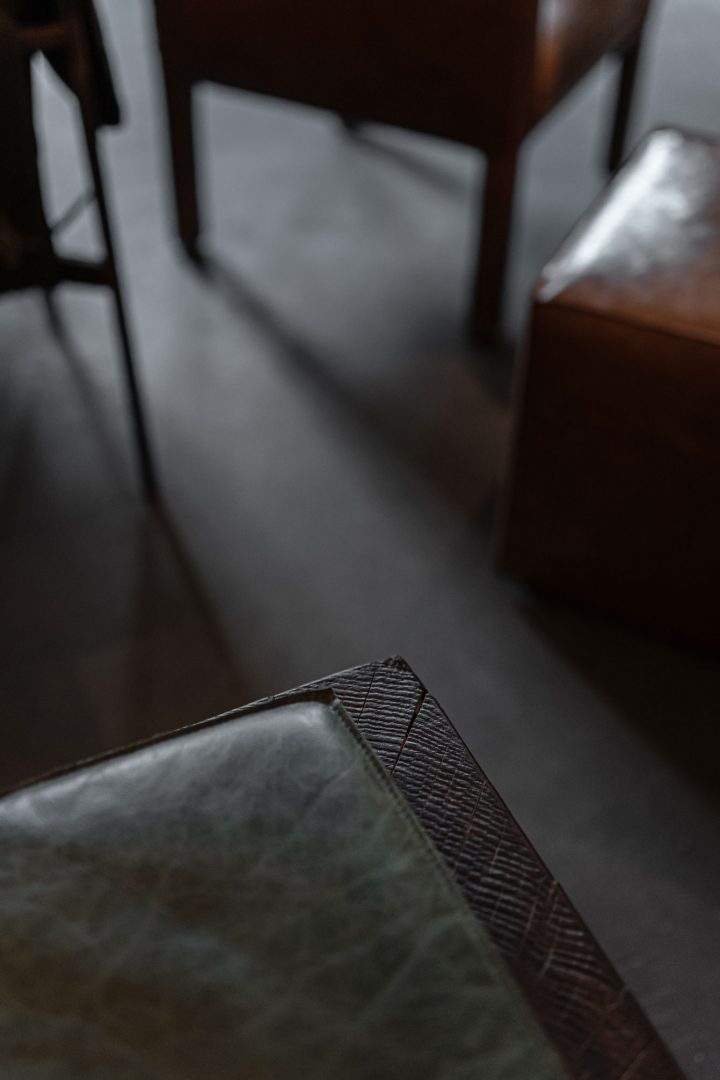 We are waiting for you in our team!

Something went wrong.
Thanks

Thanks you for your message!

We will reply to you as soon as possible.